Our events thus far have had two core goals; to raise money for food banks in Scotland, and to put new, emerging talents on stage with some of Scotland's most critically acclaimed and established performers. We have had a great deal of success with both of these goals and I am immensely proud of what we have achieved. It is worth noting that every event The Grind has run has been done with no budget.

All the photography on this page is by Eddie McEleney unless otherwise stated.

The Grind was officially launched on 01.01.13 at Broadcast in Glasgow. The event was well attended, but work commitments prohibited any further events until almost a year later.

Our second show, 423 (the number of food banks in the UK), featured Loki, Jackal Trades (of The Girobabies), Jenny Lindsay (of Rally and Broad), Antique Pony, and Liapei, and was held in the Flying Duck in Glasgow. This show was our least successful event and we learned many valuable lessons. The event clashed with several other events that night and was the evening before the Clutha Trust fundraiser; one that we could not possibly (or want to) compete with. The venue was also too large for our purposes and did not have the same intimate atmosphere as our previous or future events. Mistakes were made, lessons were learned, and every subsequent event has been better than the one before it. 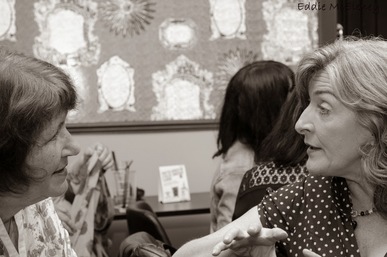 Our most successful event to date has been NOMENCLATURE, held in One Princes Street in Falkirk on 01.05.15. While we always tried to ensure a decent gender balance at our previous shows, for this one we decided to have an all-female lineup. However, we did not advertise or promote the event as such. Due to an error on the part of our venue, we had to change location 30 minutes before the start of the show while guests and performers were arriving. After some very quick negotiation with One Princes Street, they allowed us to use their upstairs space and the show went ahead. It was a resounding success and the relationships we built with our performers have been hugely beneficial. This show featured Katharine Macfarlane + Fiona McNeill (Reely Jiggered), Lucy Ribchester, Janet Paisley, Vicki Jarrett, MacGillivray, and Janice Galloway.

This was our 5th show and sold out weeks in advance. It was held in Behind the Wall in Falkirk on 03.12.15 and featured Janice Galloway, Adam Stafford, Alan Bissett, Jenni Fagan, Magi Gibson, Helen MacKinven, and John Kennedy. It is a testament to our previous shows and to our reputation that we can get such prominent names to donate their time and talents for free to perform in a town that is usually incredibly under-served by the arts. This show was intended to also serve as the launch of Issue #6 of [Untitled], but printing issues prevented this. 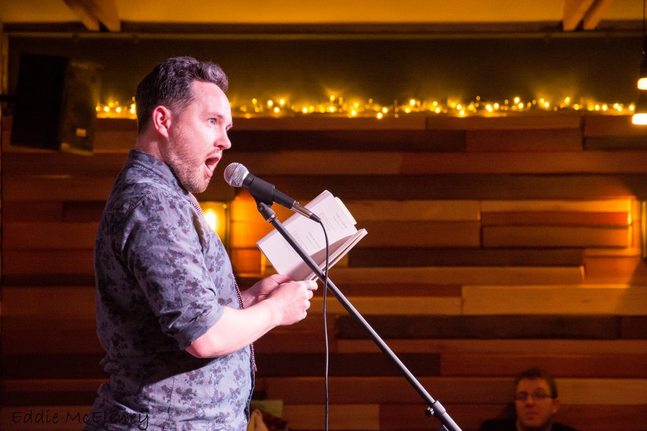 Like many end of days predictions, this event did not come to fruition. It was designed to be an immersive dystopian event and the setlist boasted The Girobabies (playing a rare acoustic set), Bram E Gieben aka Texture, MacGillivray, and the Loud Poets. Unfortunately, our initial venue, Bargain Spot, was usurped by the Scottish Conservative Party for their new fundraising headquarters. Our second venue, the Biscuit Factory, suffered from a breakdown of internal communication and instead of the venue being free (as was promised), it was going to cost upwards of £500 to stage the event. We decided at this point, a week before the show, that it was better to cancel altogether than to put on a sub-standard event at a different location. Our reputation has been hard-won and we would not lend our name to, or ask our performers to lend their names to, anything that we did not feel was of a high enough standard.

More lessons were learned and we are planning to stage the event in the new year and on a bigger scale. It was also an opportunity for me to further develop my design skills and to venture into Adobe Premiere and After Effects, as can be seen in the (unfinished) video below.

Periodically I, as The Grind, host Woo'er With Words; a monthly spoken word event in Falkirk. Woo'er With Words is an opportunity for new and established writers to perform their work in a supportive and friendly environment. 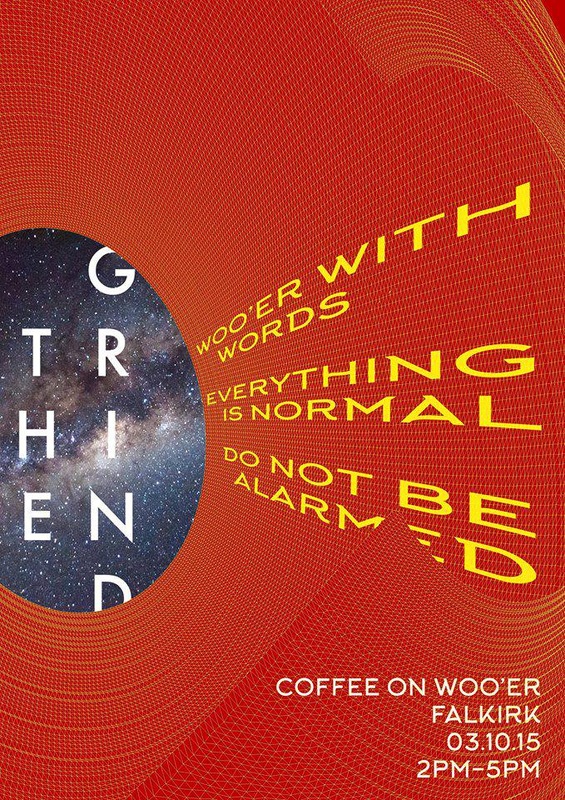 This show was held as a proper launch for the 6th issue of Untitled. As per our last shows, this also sold out. The lineup boasted Gordon Legge, Stephen Watt, Janet Crawford, Dickson Telfer, and music from Sweethearts of the Prison Rodeo. Sadly, Finola Scott and Kirstin Innes were forced to pull out due to illness. 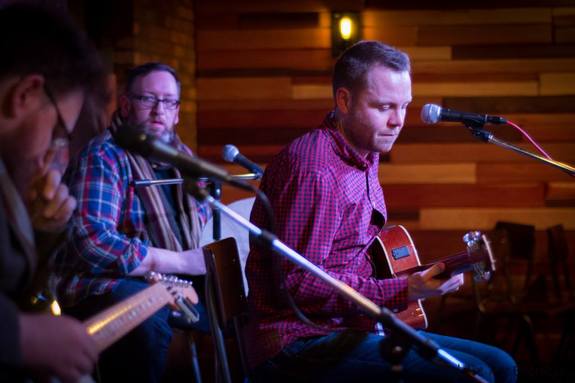 TESSERACT was an evening of unique collaborations in the beautiful Albert Halls in Stirling. This was our first show outside of Glasgow, Edinburgh, or Falkirk and we loved every minute of it. The lineup featured: 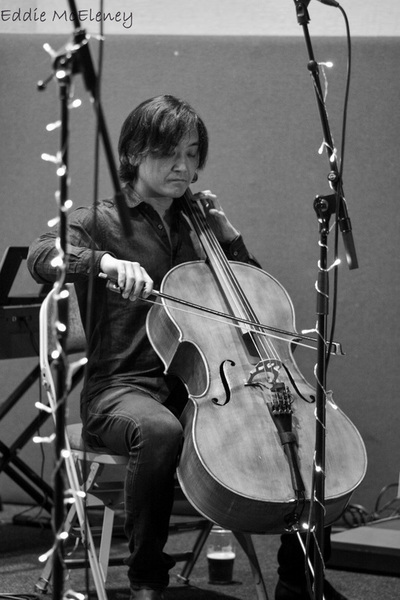 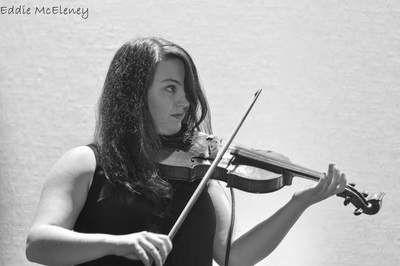 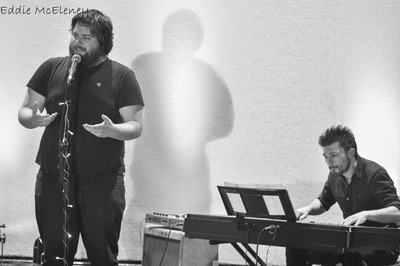 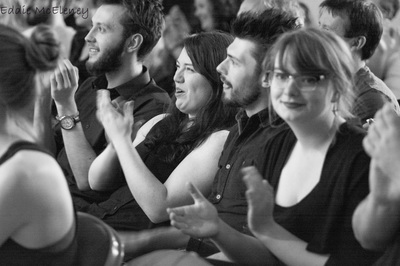 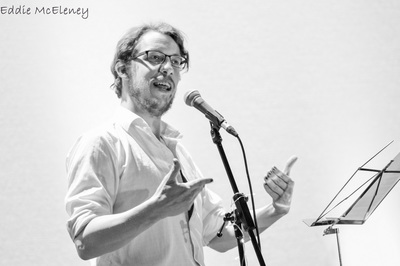 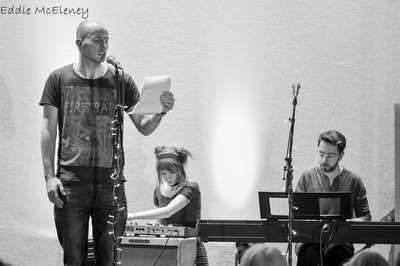 This show was a fundraiser for Amnesty International and the closing show of LeithLate16. It was an honour and a privilege to work with both organisations. It was held in Pilrig Church on the 26th of June 2016. 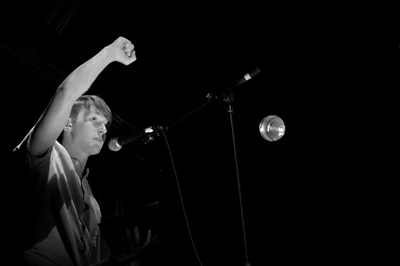 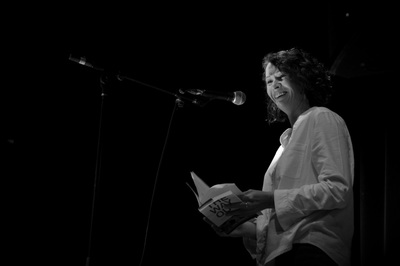 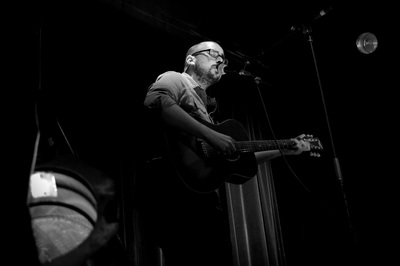 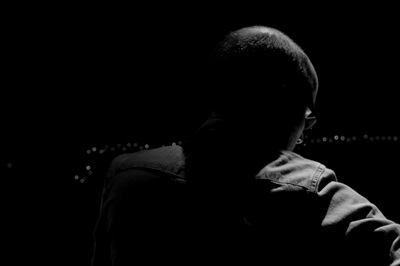 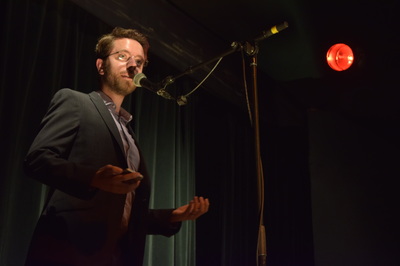 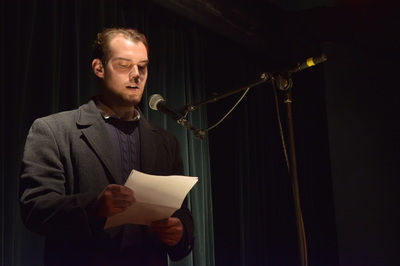 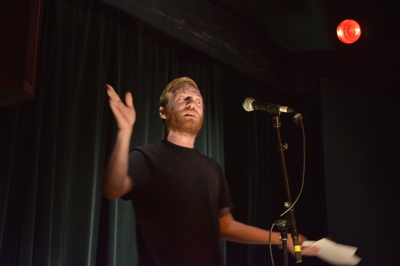 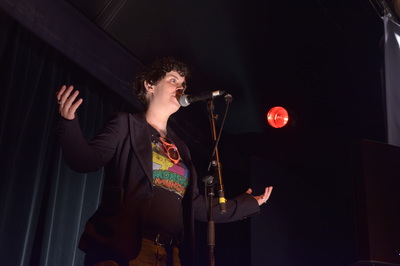 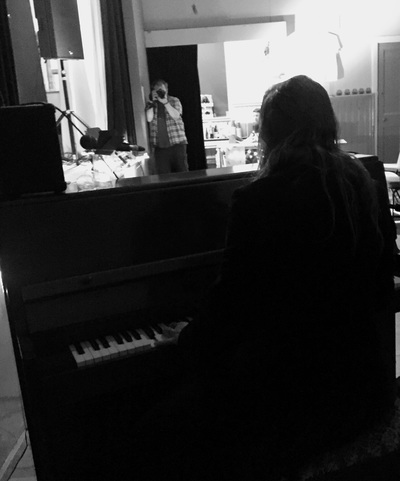 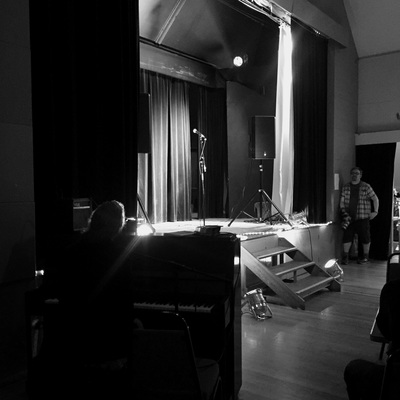